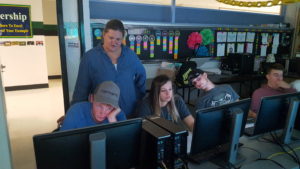 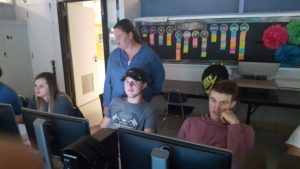 TBird Teacher Feature: Mrs. Amy Craghead, mother of 3 children, wife of Coach Chad Craghead, business teacher and yearbook sponsor, grew up here in Thunderbird country half-way between Hatton and Auxvasse. She and her family have a cat named Nala, a dog named Jade, and 2 little puppies named Leo and Freddie! Mrs. Craghead says her mother and teacher, Leslie Montcalm, and Coach Terry Metcalf influenced her the most in pursuing a career in education. When asked what she looks forward to the most working with the students at NCHS she states, “Getting to know them and see them learn and grow from their Freshmen year until they graduate.” If Mrs. Craghead could describe herself in one word, she would say that word is “caring”. You will most likely see Mrs. Craghead taking yearbook pictures at NCHS games and events. If you get the chance to talk to her, give her a big North Callaway shout out! #ThunderbirdProud